The Kawacatoose Reserve is situated in southeast Saskatchewan near the communities of Raymore, Quinton, and Punnichy. This reserve is 8,248 hectares with a population of 2,210 people with over 1,000 living on reserve.
The signing of Treaty 4 on September 3, 1874 lead to the community known today as the Kawacatoose First Nation (Poor Man or Lean Man). Prior to this settlement, Kawacatoose’s people were known as part of the Touchwood Hills people or pusakawatciwiyiniwak.

The Touchwood Hills people consisted of four bands under the leadership of Kawacatoose (Poorman or Lean Man), Kaneonuskatew (One that walks on four claws or George Gordon), Muscowequan (Hard Quill), and Kisecawchuck (Daystar).  Today they are known as the Kawacatoose, Gordons, Muskowekwan, daystar bands and are collectively part of the newly formed Touchwood Agency Tribal Chiefs (TATC), including the Fishing Lake Band.
The Touchwood Hills people were part of a larger group known as the Downstream People or known to themselves as mamihkiyiniwak. This larger group consisted to four groups; the Touchwood Hills people (pusakawatciwiyiniwak), the Calling river people (katepwewcipi), the Rabbitskin people (wapucwayanak), and the Prairie people (paskwawiyiniwak). The Downstream people occupied the southeastern plains, and used the Assiniboine-Red River and Lake Winnipeg waterways for trade and military purposes. They had many dominant chiefs, and one of the main ones was Kawacatoose.

Kawacatoose was recognized as a head chief by the Hudson Bay Company. He was known as a brave warrior.  It was said he had gone into battle armed with only a lance. This lance now sits in the Winnipeg museum. Another accomplishment Kawacatoose was highly regarded for was the stealing of two Blackfoot women. Kawacatoose's band actively took part in the famous battle of the Belly River in 1871, where twenty of his people died.  His brother Kanocees, also a noted warrior, had participated in the battle of the Belly River.
​
Prior to the 1870s, the Kawacatoose people had hunted buffalo in the area between Long Lake and Touchwood Hills area.  By the 1870s, the buffalo were in decline and the people of Kawacatoose needed to find another way to subsist.  With the realization that the buffalo were disappearing, the arrival of the telegraph and railroad, and the immanent arrival of settlers, Kawacatoose sent his brother Konicees to negotiate with Alexander Morris, lieutenant-governor of the North-West Territories in 1874.  Not long after this Kawacatoose signed Treaty 4.
​ 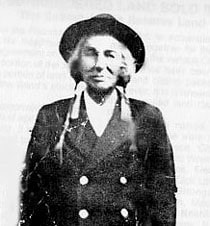 Parents: unknown
Married: A Saulteaux woman, who was considered hardy, for she lived to be 130 years old.  It was known that she worked hard all her life, and enjoyed gardening and tanning hides.  It was told in that in 1918 she finished her last deer hide shortly before her death, which was due to the flu.
Children: Tobacco, Taweqasequape, Nanatawasiw, Soke-peyosew, Kapayyeasikak, Kaysikawasinow, and 2 daughters names unknown, and other children that were traditionally adopted.

​Parents: Soke-peyosew
Married: Janet Tapaquon
Children: Walter Poorman (not with wife, but other)

1970 May to December: Chief Joe Littletent